#Indulgeinbooks and #Indulgeinwriting are my ideas … and I thought for the last month in 2018 I’d try to merge the two. 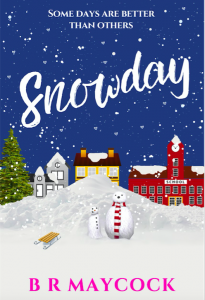 Sometimes hot cocoa just isn’t enough to keep you warm in the snow…
Eloise is too busy juggling the chaos of three kids, an ever present ex-
husband and a demanding boss to even remember the last time dating
crossed her mind.
But as soft snow falls silently all around, romance twinkles with the
flakes.
After being single for so long, Eloise suddenly has a lot of choices. Too
many choices. Will anyone be worthy of melting the guard around her
heart to let love in?
A fun-filled, festive read for fans of Christie Barlow, Fiona Gibson and
Colleen Coleman 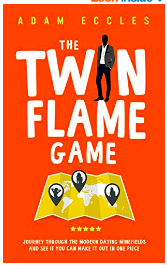 The Twin Flame
Loveable rogue, international playboy and heir to a hotel-chain fortune, Keith Myatt, hears about a new distraction.

The Twin Flame phenomena. A group of passionate people, convinced their twin soul is somewhere roaming on the Earth and they must find and be with that person.

It’s an unexploited vein of gold for a womaniser like Keith.

He uses his cunning and jet-set lifestyle to the aid the task of bedding as many women as possible in a hilarious search for his one true love and soul mate. Pausing to help some lost souls along the way.

But will he find her? And if he does, can he hold on to her?

Your twin flame will be your mirror image, the yang to your yin. Be careful what you wish for. Your life and plans just might get turned upside-down.

When the fires of passion have flickered out with a whimper, try kindling a new flame. Journey through the modern dating minefields and see if you can make it out in one piece 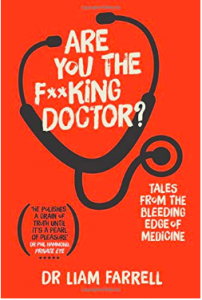 The book contains a selection of Liam’s best work, from his columns, blogs and short stories.Brilliantly funny, glittering with literary allusion and darkly wicked humour, this book is much more than a collection of stand-alone anecdotes and whimsical reflections, rather a compelling chronicle of the daily struggles – and personal costs – of a doctor at the coalface.

Are you the f***ing doctor. Buy it here. 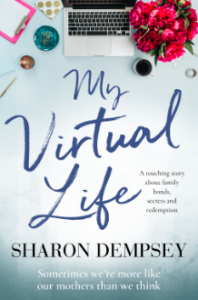 Glamorous lone parent, Stella wants nothing more than to impress her teenage daughter. She has spent her life shielding Tara from her religious upbringing and has never told Tara about her father. But when they move back to Belfast, hiding the past becomes tricky.

When Stella lands her dream job as fashion editor at a teen magazine, Tara thinks she will die of shame. Soon after, Tara starts a blog to pour out her teenage angst and begins working at a home for rescued animals run by the enigmatic Nora.

When Tara’s blog takes off, a rival magazine offers to publish it as a column, putting her in a difficult situation.

Will Tara risk hurting her mother in order to achieve her dream of being a writer?

Can three generations of one family, who struggle to understand each other, ever develop real bonds? 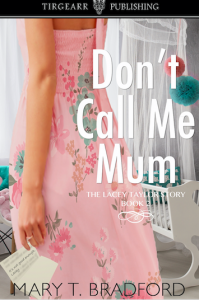 Don’t Call Me Mum. Mary Bradford.
Raised by a cold stepmother, Lacey Taylor’s life was turned upside down by the stroke of a pen, putting her on a path to find her birth mother, Cora Maguire. But Cora is not the maternal type. For her, her career is paramount to everything else, including her only child, Lacey. Their relationship is, at best, strained. Lacey struggles for Cora’s affection, but when her life-path takes an unplanned twist, Cora becomes furious. Lacey’s half-siblings, the Taylors, want to help, but they have their own demons that threaten to rip the family apart.
How often can Lacey deal with life’s struggles without finally succumbing to them? 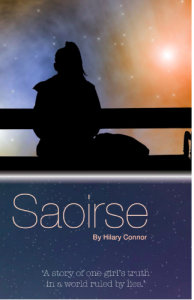 As a child Saoirse Corcoran was rejected. As an adult she is sought out by strangers. The reason for both is the same – her power.

Born in the mid-sixties to a mother who desperately wanted to keep her but couldn’t, put in an institutional crib and situation, she is visited by a guiding force who she will come to know in future days, who protects a baby born to survive inhuman treatment in a staunch Catholic society, and to change it with the strength of her life experience.

Saoirse’s mother Maisie, sleeps in a different part of St. Patrick’s Mother and Baby Home, sharing a collective sorrow that will haunt and mark Ireland’s social history. Saoirse is set apart from the beginning – marked with a psychic gift which serves as her greatest ally and strength against coming judgement and condemnation. When Lil and Joe Corcoran adopt her, she is four months old with an ancient soul. There is the hope of happy ever after. At first, their love is unconditional, but then the deeper aspect of her nature triggers their great fear. They reject her abilities, forcing her back into another convent, run by St. Agnes, who sees and treats Saoirse as evil.

Saoirse holds onto the truth that love is the only property to heal an emotionally enslaved, repressed Ireland. Her friendships give her hope. Her family become her greatest teachers. The search for her identity centres on her first shared sorrow, separated only by walls, a mother and her child who felt each other’s presence. On a harrowing journey, Saoirse is drawn to the deepest bond of all which is still a mystery.

She moves to re-unite, to find out who Maisie was and finds out more than who her mother was. She discovers what she knew all along, from the moment she was born. Her gift came from somewhere unknown and now returns to claim its source. She learns the name and nature of the presence that guarded her lonely crib.

The Abandoned is a debut novel not to be missed, it will appeal to fans of authors like Cara Hunter, Joy Ellis and Helen Fields

Thank you for following my blog in 2018. Here’s to a great 2019 for us all. #Indulgeinwriting & #Indulgeinbooks.