My list of releases for September 2018. Where is this year going? It is slipping by month on month! #Indulgeinbooks for September’18 is here. Let me know of any book releases to come (please). October’s list is already taking shape, but I always like to hear directly from publishers and authors, in case the books are not on my lists! Irish book/authors/publishers releases only please. Thank you. Best of luck to all.
Don’t forget about my own novel The Abandoned. HERE
Harper Collins
THE LIGHTHOUSE KEEPER’S DAUGHTER  by Hazel Gaynor. 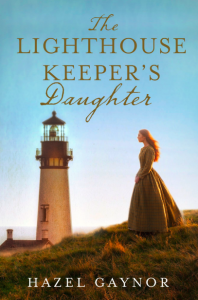 Out Sept 9th
From The New York Times bestselling author of The Girl Who Came Home comes a historical novel inspired by true events, and the extraordinary female lighthouse keepers of the past two hundred years.

*“*They call me a heroine, but I am not deserving of such accolades. I am just an ordinary young woman who did her duty.”

1838: Northumberland, England. Longstone Lighthouse on the Farne Islands has been Grace Darling’s home for all of her twenty-two years. When she and her father rescue shipwreck survivors in a furious storm, Grace becomes celebrated throughout England, the subject of poems, ballads, and plays. But far more precious than her unsought fame is the friendship that develops between Grace and a visiting artist. Just as George Emmerson captures Grace with his brushes, she in turn captures his heart.

1938: Newport, Rhode Island. Nineteen-years-old and pregnant, Matilda Emmerson has been sent away from Ireland in disgrace. She is to stay with Harriet, a reclusive relative and assistant lighthouse keeper, until her baby is born. A discarded, half-finished portrait opens a window into Matilda’s family history. As a deadly hurricane approaches, two women, living a century apart, will be linked forever by their instinctive acts of courage and love. 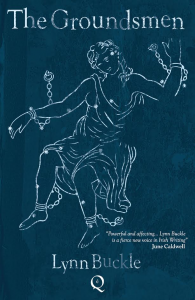 Published 28th Sept.
The Groundsmen by Lynn Buckley
The Groundsmen delves into the fractured lives of a family blemished by a darkly disturbing past. The secrets kept hidden over multiple generations taint them all and as events spiral out of control in a cycle of violence, none of them will escape.
Mercier Press. 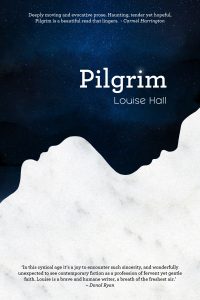 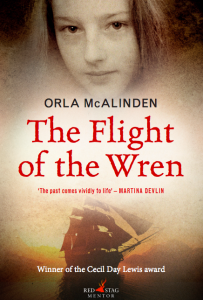 THE FLIGHT OF THE WREN

Ireland, 1848. Orphaned Sally Mahon has a choice to make. Lie down and die on the graves of her parents, or join the throngs of the dispossessed on the highways of Ireland. She turns her steps to the nearby town of Newbridge in Kildare, where she will carve a future for herself or die trying.

Tasmania, 1919. Spanish Flu sweeps through Hobart, travelling across the oceans with the soldiers returning from the war in Europe. Saoirse Gordon sits by her Grandmother’s sickbed. As the old woman cries out in her delirium, will the secrets Saoirse learns bring her peace, or destroy her forever? Have her Grandmother, her great-aunt and her mother been lying to her all her life? Saoirse races against time, and her grandmother’s illness, to unravel the secrets of her family.

Inspired by true events, the tales of real Irish women and girls weave throughout this poignant blend of fact and fiction. The Flight of the Wren explores the impact of the Irish famine of 1845-1849 on the women of Ireland. Acts of desperation, betrayal, courage and love illuminate this dark chapter of Ireland’s history in a complex and beautiful novel. Winner of the Cecil Day Lewis award 2016 and joint winner of the Greenbean Novel Fair 2016 at the Irish Writers Centre.

THE FLIGHT OF THE WREN
Faber and Faber. 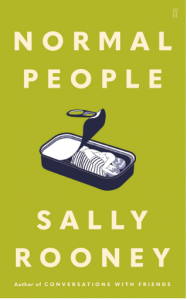 Out Now.
Normal People by Sally Rooney
Connell and Marianne grow up in the same small town in rural Ireland. The similarities end there; they are from very different worlds. When they both earn places at Trinity College in Dublin, a connection that has grown between them lasts long into the following years. This is an exquisite love story about how a person can change another person’s life – a simple yet profound realisation that unfolds beautifully over the course of the novel. It tells us how difficult it is to talk about how we feel and it tells us – blazingly – about cycles of domination, legitimacy and privilege. Alternating menace with overwhelming tenderness, Sally Rooney’s second novel breathes fiction with new life.
Man Booker nominee and TV series coming of ‘Normal People’ by Sally Rooney
Love0 Share Tweet Share