Irish books releases that you should know about for Jan/Feb/March 2019. 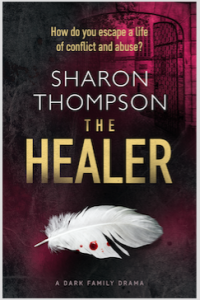 How do you escape a life of conflict and abuse?

Being a young girl in 1940’s Ireland isn’t easy for Molly, especially since she isn’t like others. Her family and community are wary of the beautiful child.

As Molly becomes a teenager life gets harder and she loses faith in everything.

Molly is surrounded in danger. She must make choices. But will she chose the right path or is she doomed to a life of misery? Will she survive in a world of violence and crime? Will The Healer ever be healed? 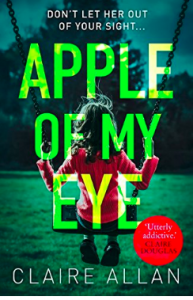 Just how far is a mother willing to go?

When a mysterious note arrives for seven months pregnant nurse Eliana Hughes, she begins to doubt every aspect of her life – from her mixed feelings about motherhood to her marriage to Martin, who has become distant in recent months.

As the person behind the note escalates their campaign to out Eli’s husband as a cheat, she finds herself unable to trust even her own instincts, and as pressure builds, she makes a mistake that jeopardises her entire future.

Elsewhere, someone is watching. Someone who desperately wants a baby to call their own and will go to any lengths to become a mother – and stay a mother… 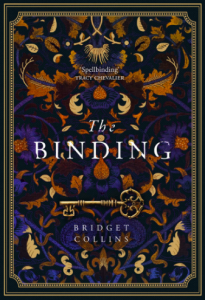 Emmett Farmer is working in the fields when a letter arrives summoning him to begin an apprenticeship. He will work for a Bookbinder, a vocation that arouses fear, superstition and prejudice – but one neither he nor his parents can afford to refuse.

In a vault under his mentor’s workshop, row upon row of books – and memories – are meticulously stored and recorded.

Then one day Emmett makes an astonishing discovery: one of them has his name on it.

THE BINDING is an unforgettable, magical novel: a boundary-defying love story and a unique literary event. 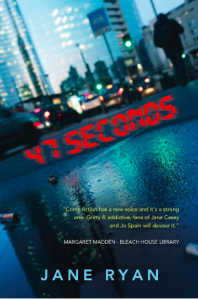 47 seconds Jane Ryan. Poolbeg.
I HEREBY SOLEMNLY AND SINCERELY DECLARE BEFORE GOD THAT I WILL FAITHFULLY DISCHARGE THE DUTIES OF A MEMBER
OF THE GARDA SÍOCHÁNA . . .
Detective Garda Bridget Harney’s obsession with Seán Flannery began when he claimed his assault on an underage victim was ‘consensual’.
WITH FAIRNESS, INTEGRITY, REGARD FOR HUMAN RIGHTS,
DILIGENCE AND IMPARTIALITY . . .
But the case against him fell apart. Bridget realises no rules
hinder Flannery, so why should they hinder her?
UPHOLDING THE CONSTITUTION AND THE LAW AND
ACCORDING EQUAL RESPECT TO ALL PEOPLE . . .
When a severed arm is found in a pig carcass in Dublin docks,
her instincts tell her Flannery is involved. Her colleagues say there
is no evidence. But Bridget refuses to let Flannery slip
further into the darkness. 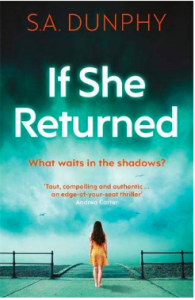 If She Returned by Shane Dunphy. Hachette.
David Dunnigan just received the phone call he has spent eighteen years waiting for.

A young woman has been found — and she’s claiming to be his niece Beth, who disappeared as a child. Is she telling the truth? And, if she is, will Dunnigan finally rid himself of his demons, and help her to rebuild her life?

Meanwhile, an investigation into a gruesome murder leads the criminologist to five prominent men, seemingly unlinked, who say they are being stalked by a shadowy figure. But ‘Mother Joan’ seems to merely be an urban legend, a ghostly avenger who punishes the wicked. So, if these men fear her wrath, what sins have they committed?

As Dunnigan pursues this strange mystery, enemies from his past are closing in. And when the case leads him to the crowded streets of London and then to the dark forest of Kielder, myth and reality become terrifyingly linked.

But is Dunnigan prepared for what, and who, he will face? 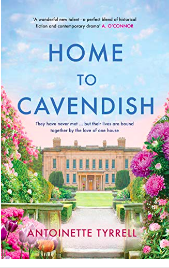 The Irish Civil War is raging across County Cork, and sixteen-year-old Edith Cavendish, bored within the confines of her privileged life, embarks on a forbidden love affair with local rebel Tadgh Carey. But Edith is unaware of the dark secrets surrounding her, both outside Cavendish and within its walls, in the very rooms through which she walks.
Eighty years have passed, and Elenore Stack has inherited her beloved childhood home, Cavendish Hall, from her recently deceased parents. Charming and magical, if in need of much loving and expensive care, Cavendish is woven into the tapestry of Elenore’s life. She must somehow find a way to ensure its survival while preserving its dignity.
Then she meets and falls in love with Donnacha O’Callaghan, a property developer, and together they begin to work on changing Cavendish into the family guest house of her dreams. He, however, unbeknownst to her, has plans that will change the house beyond recognition and wipe away her precious childhood memories.
As Donnacha’s past shady dealings surface and the prospect of losing Cavendish looms once more, Elenore’s life begins to unravel. Then a fateful discovery in a forgotten corner of the house links her to a young woman from Cavendish’s past – Edith Cavendish – and becomes her lifeline.