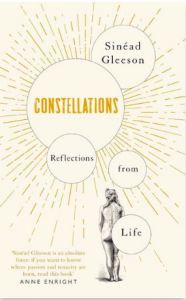 Utterly magnificent. Raw, thought-provoking and galvanising; this is a book every woman should read.’ Eimear McBride, author of A Girl Is a Half-formed Thing

I have come to think of all the metal in my body as artificial stars, glistening beneath the skin, a constellation of old and new metal. A map, a tracing of connections and a guide to looking at things from different angles.

How do you tell the story of a life in a body, as it goes through sickness, health, motherhood? How do you tell that story when you are not just a woman but a woman in Ireland? In the powerful and daring essays in Constellations Sinéad Gleeson does that very thing. All of life is within these pages, from birth to first love, pregnancy to motherhood, terrifying sickness, old age and loss to death itself. Throughout this wide-ranging collection she also turns her restless eye outwards delving into work, art and our very ways of seeing. In the tradition of some of our finest life writers, and yet still in her own spirited, generous voice, Sinéad takes us on a journey that is both uniquely personal and yet universal in its resonance. Here is the fierce joy and pain of being alive. 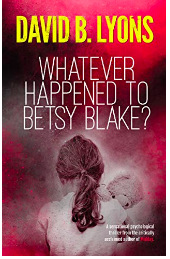 Whatever happened to Betsy Blake by David B Lyons

If your daughter went missing, how many years would it take for you to admit she’s never coming home?

Betsy Blake was only four years old when she vanished outside her family home in Dublin.

Her father – wracked with guilt for the past seventeen years – still can’t bring himself to admit the search is over, despite the fact his wife has moved on and police have closed off the investigation.

When he is informed he must undergo major heart surgery that he only has a fifty percent chance of surviving, Gordon Blake hires a local PI to give the investigation one last try.

But surely rookie PI Lenny Moon – who has little or no experience in such high-profile investigating – doesn’t have what it takes to make a breakthrough in this case before Gordon is put to sleep.

The clock is ticking… 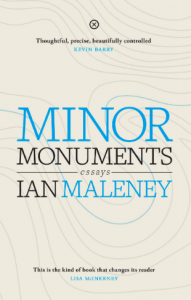 During the final two or three years of his life, I made many surreptitious recordings of John Joe as he sat by the fire. He was in the process of forgetting almost everything he’d ever known. He was fading out of the world and I wanted to record whatever it was he might say before it was too late… Set around a small family farm on the edge of a bog, a few miles from the river Shannon, Minor Monuments is a collection of essays unfolding from the landscape of the Irish midlands. Taking in the physical and philosophical power of sound and music, and the effects of Alzheimer s disease on a family, Ian Maleney questions the nature of home, memory, and the complex nature of belonging. A thought-provoking and quietly devastating meditation on family and loss. With echoes of Tim Robinson, Tara Westover and John Berger, Minor Monuments is a beautiful and unique literary experience. 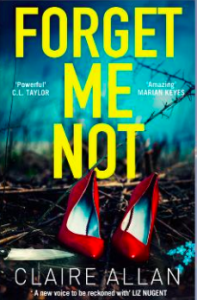 Forget me Not. Claire Allan. Avon.

I disappeared on a Tuesday afternoon. I was there one minute and the next I was gone. They’ve never found my body…
It’s six in the morning during the hottest summer on record when Elizabeth O’Loughlin, out walking her dog, comes across Clare, a victim of a horrific knife attack, clinging onto life at the side of the road. Clare dies minutes later, but not before whispering her haunting last words to Elizabeth.
When it becomes clear that Clare’s killer has more than one murder on his mind, Elizabeth has to take drastic action or face losing everything.
But what if she can’t stop a killer determined never to be forgotten? 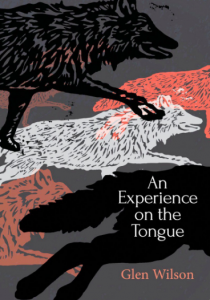 There are moments here of epiphany and rites of passage where the poet becomes a portal through which events scurry. Wilson finds something enduring in the transitory, picks out signals that often go unheard. In this collection we see moments of delight in the tasting of whiskey, a sense of betrayal and conversion in the wonderful ‘Taking Soup’; we sense the stale aftertaste of pilfered apples from a local orchard, hear the stoked words of an argument, feel the joy of tasting poetry itself. This collection is a strong body of work that would be the envy of many poets embarking on a first collection. 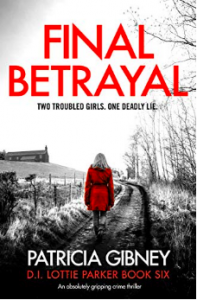 ‘She lifted the flap of the envelope and pulled out the single white page. As she opened it up she stared, open mouthed. Four words were typed on the page. I am watching you.’

When Amy Whyte and Penny Brogan leave a local nightclub in the early hours of Sunday morning and don’t arrive home, their families are beside themselves with worry. Conor Dowling has just been released from prison, a man full of hatred for Amy, the girl who put him behind bars in the first place. The case is given to Detective Lottie Parker, when the girls’ blood-soaked bodies are found, days later, in a derelict squat. Chillingly, both girls are clutching silver coins in their hands – what message is this killer leaving behind? All the signs point to Conor but his alibi is water tight.
As Lottie examines Penny and Amy’s final days alive in a desperate search for clues, two more girls are found stabbed to death in a luxury apartment complex. Caught up in what is fast becoming her toughest case yet, Lottie is unaware that somebody is watching her every move.
Then Lottie’s two daughters, Katie and Chloe suddenly disappear from the town centre. Terrified that the killer has her girls, the stakes have never been higher for Lottie. But as Lottie puts everything on the line to find her daughters and solve the case, she’s about to find herself in terrible danger – someone has a personal axe to grind with her and they know the best way to get to her is to hurt the ones she loves the most.