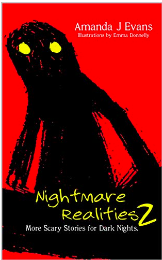 Can you take off the mask?
Will you escape the spooks of Drewbury Lane?
Can you tell game from the reality?
The Nightmare Giving Demon is back with another collection of scary stories perfect for sharing on dark nights.
Are you brave enough to read more than one? 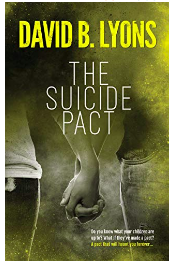 They’re being bullied at school and resent their parents for bringing them into this world.

So, they’ve made a pact: tonight – at midnight – they’re going to end it all. And nobody will be able to stop them.

Except, perhaps, for former detective Helen Brennan, who overhears a phone call that ignites memories of her darkest days.

She’s determined to find these two girls, so she can stop them doing what her son Scott did twenty-two years ago.

The problem is, she doesn’t know who the girls are. Or where they are.

She only knows she has until midnight to save them.

…And the clock is ticking. 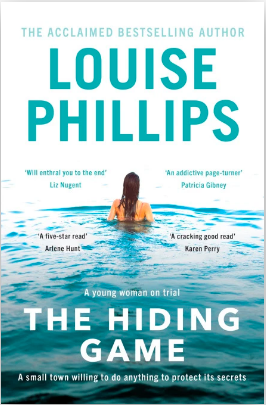 Abby Jones, a young nanny from a small town outside Boston, is the last person with infant Jacob Rotterdam when he becomes seriously ill. Within hours, tragically, he dies, and Abby is charged with his murder.

Heather Baxter, her defense attorney, knows the case is not as clear cut as the Assistant District Attorney claims, and with enormous media attention on the trial, the stakes couldn’t be higher.

When Heather digs deeper, the shadows of her own past, and her mother’s unsolved murder 25 years earlier, in the same small town, begin to unravel with deadly consequences, placing both Heather, and her young client in danger.

Will Heather find the link between Abby and what happened to her mother all those years before? And will Abby walk free? 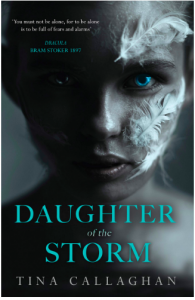 Daughter of the Storm. Young Adult book. Tina Callaghan.
Lia needs to find out why her father jumped from the cliff onto the Devil’s Teeth rocks below. The only way to understand what happened is to go to the isolated weather-beaten island herself.

However, there’s more to the island than cliffs and storms and history. It also has its close-knit people. Like Ed, a young man who’s troubled and almost ready to leave; Lia’s Uncle Harry and his secretive friends; heavily pregnant Becky and her worried parents Rose and Frank.

Everyone is either dreading the violent winter storms to come or, strangely, praying for them.

And then there’s the Hall, the crumbling, brooding mansion that has held all of the island’s secrets for centuries. It’s out there, on the edge of the grey sea, and the coming storm will release all that it has hidden.

Lia, Ed and the others are trapped on the island by the storm, fighting for more than their survival. They must fight to save their immortal souls. 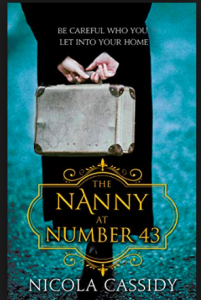 Nanny at Number 43. Nicola Cassidy.
Wanted, a respectable woman to care for a motherless child.

When William D. Thomas’s wife dies in childbirth, he places an advertisement in his local newspaper seeking a nanny for his newborn child.

He is thankful when an experienced nanny arrives at 43 Laurence Street and takes over from his frazzled housekeeper Mrs McHugh.

Mrs McHugh confides in her bedridden friend Betty, who has a bird’s-eye view of all the happenings on Laurence Street, that the Nanny is not all she seems. Betty begins her own investigation into the mysterious woman.

When the bodies of twin babies are discovered buried in a back garden, by a family who have moved from their tenement home into a country cottage, a police investigation begins.

But it is Betty who holds the key to discovering who the Nanny really is … and the reason she came to 43 Laurence Street.