Long-List for May Releases #Indulgeinbooks is out! 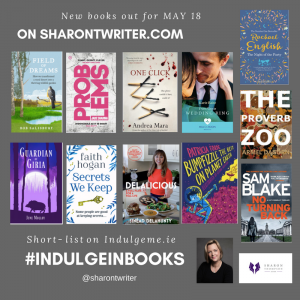 The Long-List for #Indulgeinbooks for May is below.

My column on Indulgeme.ie highlights just 7 of the new releases every month. There’s a more comprehensive listing here. I try to highlight Irish writers and publishers.

#Indulgeinbooks on both sites is a gathering of all monthly releases. I am not endorsing any of them (unless I gush about them).

I’ve tried to include as many as possible. If I have omitted any, please do get in touch and let me add you/it to the lists. For further months, if you wish your book here, please tell me. 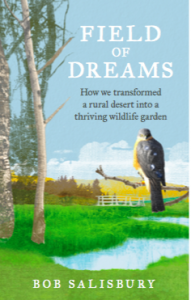 How we transformed a rural desert into a thriving wildlife garden.

When Bob Salisbury and his wife Rosemary moved back to County
Tyrone from Nottinghamshire they set about building their new home
on a seventeen-acre site.
‘It was when we first spent time on the land we now owned that
Rosemary asked whether I noticed anything odd. Eventually I gave up.
“There is no birdsong,” she said. “In terms of wildlife this land is
barren.” She was absolutely right!’
This is the inspiring story of how the Salisburys – both enthusiastic but
amateur gardeners – transformed an unloved rural wasteland into a
thriving, renowned wildlife garden – home to hares, owls, hawks,
otters, woodcock, bats and many other species that hadn’t been seen in
the area for years.
Field of Dreams celebrates the Irish countryside and its wildlife with
great warmth, humour and lightness of touch – and is a book that
reminds us of the profound importance of maintaining a connection
with the land.
Field of Dreams 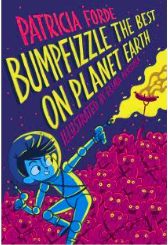 Bumpfizzle is an alien, sent to Earth from Planet Plonk on a research mission. Or is he really just a ten-year-old boy who is feeling a bit disgruntled at all the attention his parents are lavishing on The Baby? It is up to readers to make up their own minds.

Either way, Bumpfizzle’s confusion at Earthling behaviours, as reported in his diary and his frequent reports back to Plonk, are hilarious, and his adventures are ridiculous, from eating the cat’s food (it makes him throw up, always good for attention) to biting his teacher (to check if humans would make a good source of food for Plonkers) and attempting to sacrifice a goat (he soon discovers what goats’ horns are for). 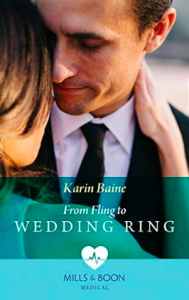 From Fling to Wedding Ring by Karin Baine

She thinks she wants no strings…

Nurse Mollie Forrester has a reputation as an ice queen, and the scars from a childhood accident have convinced her no man could love her. When she’s paired with handsome surgeon Ben Sheridan in a dance competition, Mollie discovers he’s not the playboy everyone thinks he is. She finds passion in his arms―but can Ben persuade Mollie she’s worthy of love? 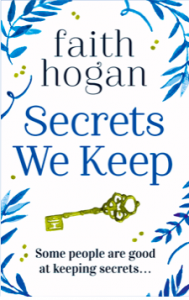 The beautiful old Bath House in Ballytokeep has lain empty and abandoned for decades. For devoted pensioners Archie and Iris, it holds too many conflicting memories – sometimes it’s better to leave the past where it belongs.

For highflying, top London divorce lawyer Kate Hunt, it’s a fresh start – maybe even her future. On a winter visit to see her estranged Aunt Iris she falls in love with the Bath House. Inspired, she moves to Ballytokeep leaving behind her past heartache – but can you ever escape your past or your destiny?

A Full Plate for a Full Life

Juggling a full-time job as a physiotherapist with a gaelic football career and a food blog, Sinéad understands the pitfalls of being under time pressure.

Her easy, delicious recipes embrace natural food and will inspire you to eat better and have boundless energy.

Sinéad Delahunty has learned many life lessons. Most importantly, she has mastered how to fuel her body healthily. Now, she shares her recipes that are bursting with flavour and nutritional value to keep you ready for whatever life may throw at you.

ï        Mouth-watering recipes for every meal from breakfast, lunches and dinners to  decadent (yet nourishing!) treats and desserts. 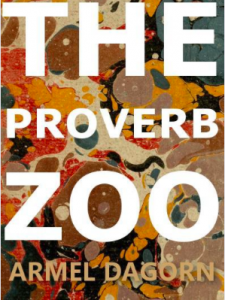 “The Penny Dreadful is delighted to announce that it will be publishing its first short story collection this year – and have chosen “The Proverb Zoo” the exciting debut of up and coming writer Armel Dagorn. A stunning collection of stories casting a curious eye on modern life and Ireland, Dagorn’s wry tales chronicle scenes of figures such as socialist canines, boy geniuses and the lost citizens of Kildare Village. We are excited to bring his first collection to print.”

“Armel Dagorn lives in Nantes, France with his partner and young son after spending most of his twenties in Ireland. His writing has appeared in magazines such as The Stinging Fly, Tin House online, 3:AM Magazine, The Lonely Crowd and Unthology. The Proverb Zoo will be released on May 2018 and details of a launch will follow.” Release on the 7th of May. 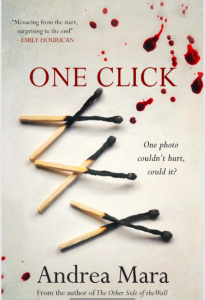 One Click
One photo couldn’t hurt, could it?
Amazon link here
When Lauren takes a photo of a stranger on a beach and shares it online, she has no idea what will come of that single click.

Her daughters are surprised that she posted a photo without consent, but it’s only when she starts to get anonymous messages about the woman on the beach that she deletes the photo. It’s too little too late, and the messages escalate, prompting Lauren to confess to the woman. The woman has her own dark story, one that might explain the messages, but Lauren isn’t convinced. Then her ex-husband begins to harass her, telling her she shares too much online and brought this on herself.

She’s also dealing with other problems. A difficult client at work – one who starts to show up in places he shouldn’t be. Her younger daughter is behaving out of character and Lauren can’t work out what’s wrong. And the cracks are literally beginning to show in her old South Dublin house, mirroring the cracks in her carefully curated life.

Meanwhile, the messages from the internet troll become more personal and more vindictive. Her friends feel she should stand up to her stalker, but Lauren isn’t so sure. And then she makes one small mistake that brings everything tumbling down. 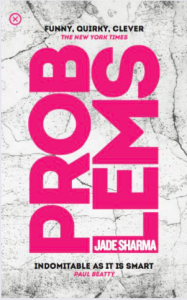 Maya’s been able to get by in New York on her wits and a dead-end bookstore job for years, but when her sweet, heavy-drinking husband leaves her and her favourite professor ends their affair, her barely-calibrated life descends into chaos, and she has to make some choices. 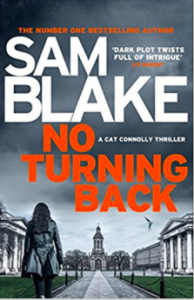 No Turning Back by Sam Blake

Even perfect families have secrets . . .

Orla and Conor Quinn are the perfect power couple: smart, successful and glamorous. But then the unthinkable happens. Their only son, Tom, is the victim of a deliberate hit-and-run.

Detective Garda Cathy Connolly has just left Tom’s parents when she is called to the discovery of another body, this time in Dillon’s Park, not far from where Tom Quinn was found. What led shy student Lauren O’Reilly to apparently take her own life? She was a friend of Tom’s and they both died on the same night – are their deaths connected and if so, how?

As Cathy delves deeper, she uncovers links to the Dark Web and a catalogue of cold cases, realising that those involved each have their own reasons for hiding things from the police. But events are about to get a lot more frightening….

No Turning Back by Sam Blake 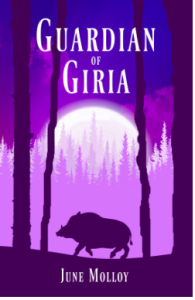 Felix, a grumpy wild boar and undisputed king of the forest, is annoyed to discover an intruder has visited his private clearing. The only traces are a strange scent and an even stranger set of footprints —footprints that appear to have been left by a dog with only two feet. A few days later, a young fox cub goes missing and her frantic mother asks Felix for help. Felix investigates and discovers two enormous wolves. When he learns of their hunting capabilities from a travelling raven, Felix realises the residents of Giria Wood are now in great danger and immediately devises a plan to guard the animals and eliminate the wolves.

What follows is an exciting adventure as the animals band together to protect and defend against this new threat. The plot involves a varied cast of characters, including a group of misfit pre-adult boars, a family of foxes, a family of beavers, a knowledgeable raven and an assembled group of magnificent red stags who would really rather be preening themselves for the annual rut than dealing with wolves.

Guardian of Giria by June Molloy.

A forbidden love, a torturous curse, and a loss so great it destroys.

Isla is a warrior of the Summer Court. She has one mission, to keep humans out of Faery. Kill them on sight. When she inadvertently saves one and triggers the mating bond, her life changes forever.

On the run and hiding from her own people, Isla must protect the one thing she’s been trained to hate. With magic now flowing through her veins, she must learn to control it if she is to survive.

The faery are coming. Her once commander leads the charge. Will Isla be ready in time? Can she harness her magic and resist the darkness?

As both sides clash, Isla learns that her kind possesses a cruelty she could never have imagined. Her loyalty will be tested. To save the one she loves, she must give up everything, including her life as she knows it.

Find out how the banshee came to exist in this dark fantasy retelling of an old Irish myth.

Praise for Hear Me Cry

“A fabulous, mystical read with an unforgettable ending.” Claire Allan

Rachael English The Night of the Party 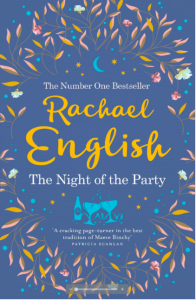 FROM THE NUMBER ONE BESTSELLING AUTHOR OF THE AMERICAN GIRL COMES A STORY OF FRIENDSHIP, A SMALL TOWN, AND A BIG SECRET…

January 1982: In the village of Kilmitten, the Crossan family is holding its annual party during the biggest snowstorm Ireland has seen in decades. By the end of the night, the parish priest, Father Leo Galvin, is dead.

The lives of four teenager friends – Tom, Conor, Tess and Nina – who had been drinking beer and smoking in a shed at the back of the house, will never be the same. But one of them carries a secret from that night.

Years pass, loves come and go, and the lives of the friends diverge – yet a bond that won’t be broken silently holds.

As the thirty-fifth anniversary of Father Galvin’s murder approaches, Conor, now a senior police officer, has become obsessed with the crime. He believes that Tom, now a prominent politician, can help identify Father Galvin’s killer.

His dilemma draws the four friends back together, and lost love Nina back into the life of Tom, forcing all to question their lives and to confront their differences.

A page-turning novel from a gifted storyteller, The Night of the Party combines warmth, drama and an unforgettable twist.

The Night of the Party

And of course, shamelessly my book is available every month 🙂 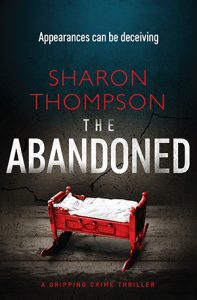 If any of the links are not working please let me know.

Thank you all for visiting. Come again and spread the #Indulgeinbooks love.