#Indulgeinbooks list this time is from three, top, romance writers – who are also members of my #Indulgeinwriting online writing club.

All three writers worked hard to get these reads published. They vary in style, heat, and time-line, therefore there should be something below for most lovers of romantic reads.

Bernadette Maycock’s contemporary romance is a romantic comedy. Susie Beech takes the reader right back to the era of castles and knights while Penny Best delves into the depths and constraints of rural Ireland in the past.

All are reasonably priced and available only on Kindle.

Well done to my fabulous Indulgers! 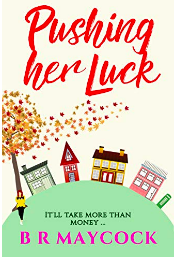 Pushing her Luck to purchase here.

Holly Caulfield has won the Irish National Lottery and sets in motion a plan to save the village of Abbeyglen. But who would have thought that giving money away could be so difficult?

With a resident’s association that’s clamouring for more and more money, an old lady who’s decided that a dream cruise is in her grasp and a couple who may not want that dream wedding after all, Holly’s finding it hard to keep it together!

With a new love interest and an ex-husband hot on her heels, it’s up to Holly to figure out what can truly make her happy. 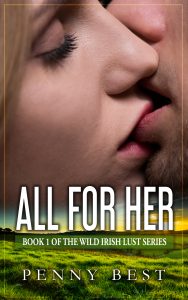 Book One – All for Her
ONE sassy seductress

Wild, lustful Minnie wants them ALL FOR HER, BOTH FOR HER & MORE FOR HER

ALL FOR HER – the sizzling first novella of the racy Wild Irish Lust Series. Enchantress Minnie Hatton, 22 has her eyes on the forbidden rugged Tandy twins. Set in 1930s Ireland, Minnie longs to marry secure, stable Edward while keeping Ernest, his reckless identical twin as her lover. Standing in her way – her controlling mother and a DARK past that left her traumatised and mute. Finding other ways to communicate her needs and desires, the Tandy twins are left in no doubt that Minnie means business. Wanting to share her bed, tensions run high on the Tandy farm between the handsome brothers who vie for Minnie’s attention. All the while an old family SECRET is revealed which could cause their special three-way relationship to come crashing down. Will Minnie have to choose between her rugged farming men? Or can naughty Minnie have the best of both worlds -all the lust she can handle and all of the true love that she deserves? 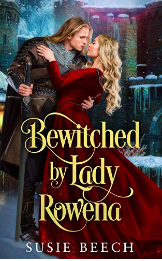 A heroic knight returning from the Crusades, an arranged marriage, and a runaway bride who is determined to take charge of her own destiny. A sassy and sexy Medieval love story.
Medieval Castle Romance novella: Book 1 in the Brides of Harpend Court series

Armand de Beaufort, loyal knight of King John has been rewarded for his faithful duty during the Crusade in the Holy Lands. All the lands belonging to his old enemy, Raulf d’Agincourt are his prize, including the hand of Raulf’s fair widow, Lady Rowena.

Lady Rowena d’Agincourt despised her dead husband and has no desire to meekly accept the hand of her new husband. Instead, she flees to the countryside to take charge of her own destiny; she will decide when or if she will return to Harpend Court and Armand.

Armand might have prospered in battle, but is he ready for the challenges Lady Rowena will throw at him?

Set in 1205, Bewitched by Lady Rowena is set in the heart of the English countryside when fairy tales and folklore, myths and superstitions were a part of everyday life.